We love to spread the Doggy Love to dogs around the globe! Wherever we go, we love to meet local dogs, befriend strays and visit shelters.  Here are some pictures of international dogs in the Doggy Love gang…… Top row (from left): Saying hi to a stray dog in Rio De Janiero (who we nicknamed “Rio”); A beautiful deaf stray dog in Argentina we nicknamed “Tango”; With a stray dog that lived in a bush in Marrakech we nicknamed “Maxi”, Husky fun in Sweden. Second row (from left): A mummy and her pups who lived in a bush outside our hotel on Easter Island who we nicknamed “Isla”, “Easter” and “Chile” and who we sneaked into our hotel a couple of times for a cuddle; A stray in Easter Island who spent a day at the beach with us we nicknamed “Pascal”; An old dude at a restaurant in Italy; Dog chilling in a suitcase in a flea market in Berlin. Third row (from left): “Haidy” in the shelter in Uganda; our pals “Hobo” and “Chico” in Santorini, who followed us about for the whole week; Giving my ice cream to a stray in Pisa; A stray dog wanting belly rubs in Peru. Bottom row (from left): Getting kisses from “Rhythm” in Key West; Stroking a stray in Cuba; Meeting a Yankee dog in Central Park, New York; Cuddles with our hotel owner’s dog in Amsterdam. 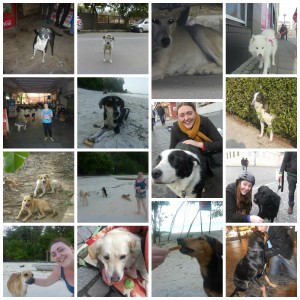 Top (from left): A little stray dog who lived outside a shop in Agra, India; “Delhi” who lived outside out hotel in Delhi, India; (Large pic) “Agra” who lived under cars; White fluffy dog named Sammi from Reykjavik, Iceland; Second row (from left): Me at Friendicoes Animal Rescue in Delhi, India; “Precious” a stray dog who lived on the beach enjoying the toast we bought her; (Large pic) Me with Lennon from Reykjavik, Iceland; A stray dog peeking at us from the bushes of the Taj Mahal, India; Third row (from left): Two friend dogs in Kerala, India; Me on the beach in Andaman feeding the local beach strays; Me and a beautiful dog in Prague; Bottom row (from left): Selfie with “Greedy” on beach on Havelock Island, India; A beautiful homeless dog on Charles Bridge in Prague; (Large pic) feeding “Locky” on Havelock Island, India; A homeless dog we bought food for (and his owners) in Prague. 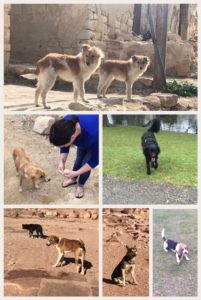 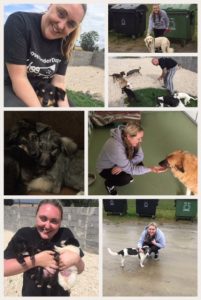 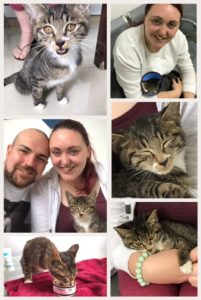 When we visited China, we found a kitten that had been dumped in a cardboard box on the side of the road.  We left food and drink, but she was sick and couldn’t walk and she wasn’t eating or drinking.  We took her to the vets and contacted an animal rescue, who later rehomed her.  We named her “She She” which is the pronunciation of “thank you” in Mandarin.

We also sponsor two dogs adopted by the children living at the Isaac’s House Orphanage in Uganda – Suubi (“Hope”) and Dumbo (I’m sure you can tell which is which!) 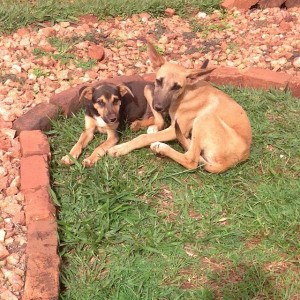 And of course… our very own Dolly, Rudy and Stella are also originally from Romania! 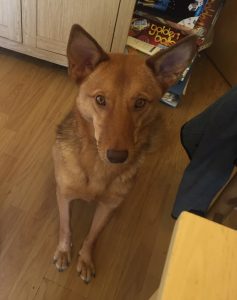 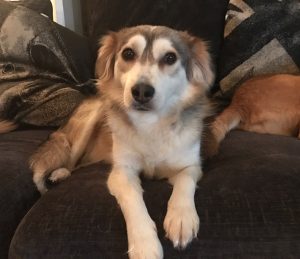